Lokonyen: "We can give hope to other refugees"

In the lead-up to World Refugee Day on 20 June, members of the Refugee Olympic Team will be sharing their stories in a series of features as they prepare for the Games in Tokyo. The series continues with 800m runner Rose Nathike Lokonyen.

“Sport has that power to change a life,” says Rose Nathike Lokonyen, smiling down the camera from her base in Ngong, Kenya. “Especially for refugees.”

There, at the Tegla Loroupe Peace Foundation Training Centre, the 28-year-old South Sudanese native lives alongside 24 other athletes who came through similarly harrowing experiences.

An 800-metre specialist, Lokonyen’s ability has already taken her to one Olympic Games – she was the flag-bearer for the first ever Refugee Olympic Team in Rio in 2016 – and this summer it will take her to a second in Tokyo. 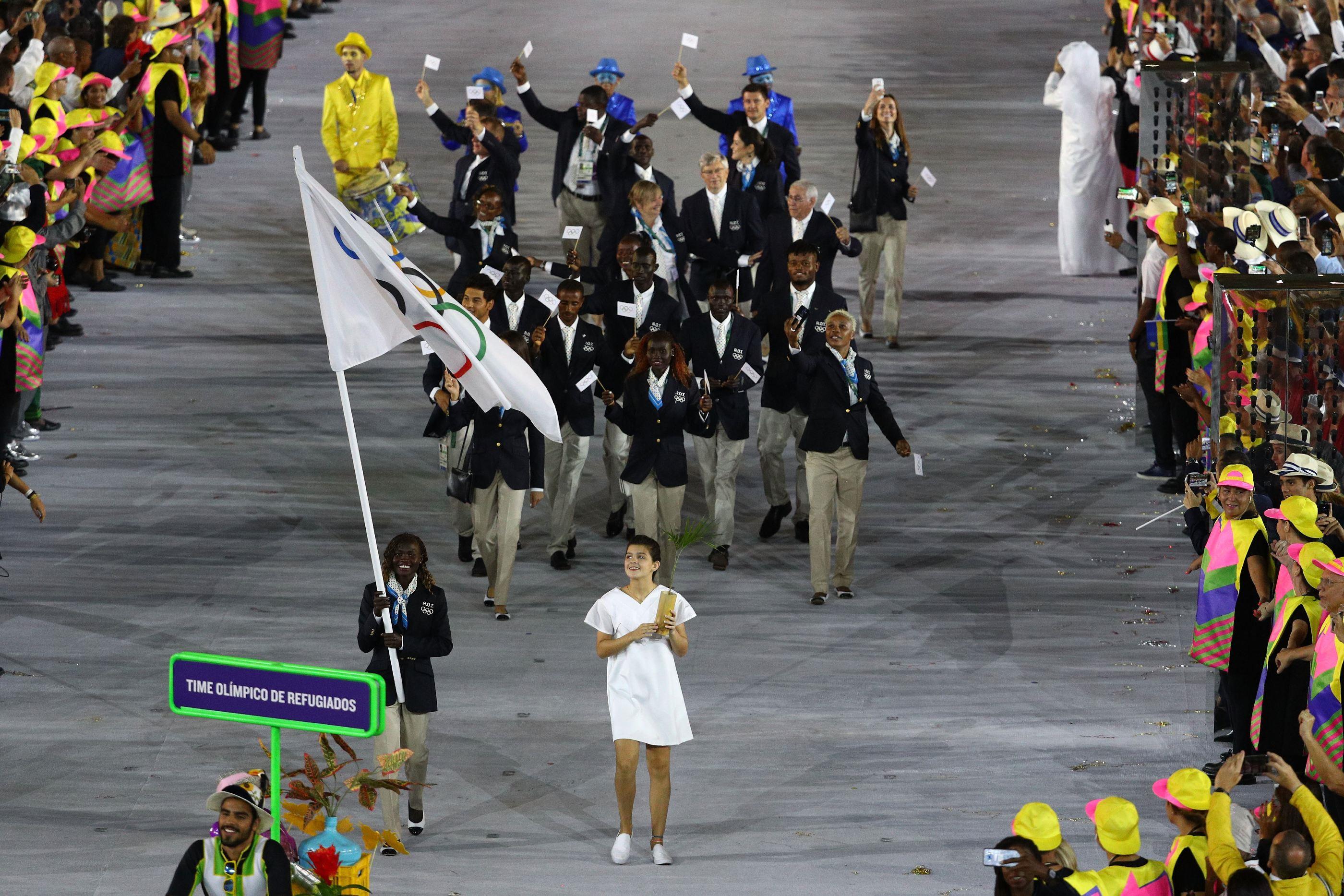 This life – one of chasing a sporting dream – is far cry from the reality she faced in her childhood.

In 2002, Lokonyen was only eight when her village was attacked as ethnic tensions escalated in the Second Sudanese Civil War.

“The other tribe came at night to attack our village, our houses and some of my neighbours lost their lives because they couldn’t escape, I lost some of my friends,” she says. “I and my parents and some other neighbours managed to escape that night to a nearby town, walking in the bushes for two days.”

They eventually got a lift in the back of a lorry to the Kenyan border, where they waited for two weeks before being brought to the Kakuma refugee camp in northwest Kenya, where she grew up alongside her siblings and parents.

“I call it home,” she says. “We faced a lot of challenges but it’s a safe place. As long as you have that, you feel safe. We had to start a new life.”

Her journey into athletics began in high school and Lokonyen’s love for the sport was immediate after taking part in a 10km race in which she finished second.

“I didn’t know that talent could take me anywhere,” she says. “I just loved sport.”

In 2015 she won a trial race, racing barefoot, and was offered the chance to train at the Tegla Loroupe Refugee Training Centre in Ngong, developing her ability in the years that followed under the guidance of Loroupe, a three-time Olympian and two-time World Championships medallist.

Being chosen to bear the flag for the refugee team at the 2016 Olympics was a moment of immense pride, and Lokonyen still laughs in disbelief as she recalls walking into the Maracana Stadium that August night.

“All the countries, including the president, were cheering for the refugees,” she says. “(I thought), 'if the world loves us then we can give hope to other refugees'. Interacting with other nationalities around the world was a great experience.”

Lokonyen finished seventh in her 800m heat in 2:16.64, and the following year she made her World Athletics Championships debut in London, competing for the World Athletics Athlete Refugee Team. Two years later she lowered her PB to 2:13.39 at the Doha World Championships, and now she’s patiently putting in the preparations to go quicker again in Tokyo. 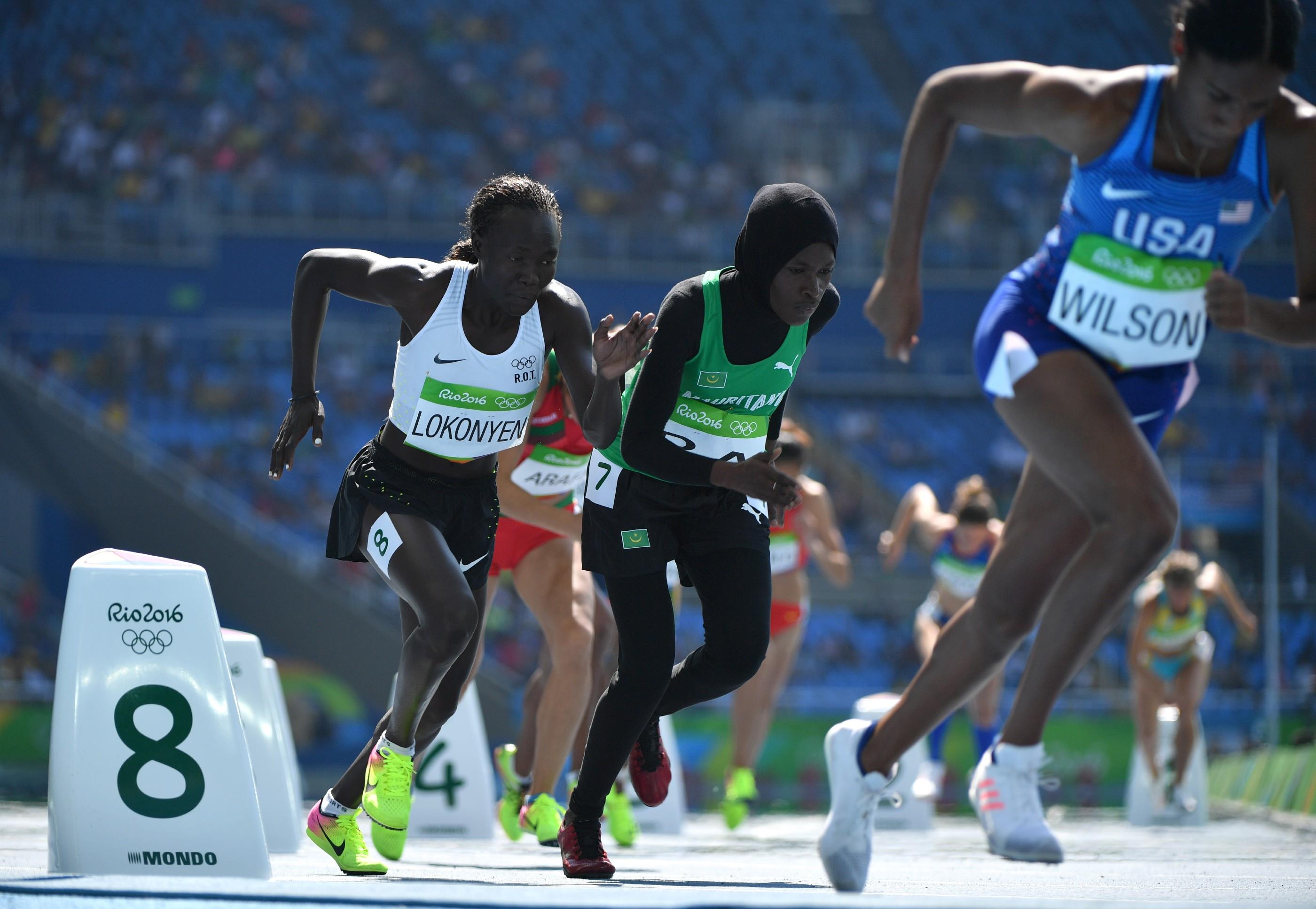 She trains six days a week, two to three times a day, and her workload is the usual mix of interval training on a track, hill runs and long runs over the rolling landscape of Ngong.

As it was for most athletes, her routine descended into chaos during the pandemic.

“We (had) to go back to the refugee town, all the camps in Nairobi were closed due to Covid-19,” she says. “But we did not lose hope. In life you have to overcome all the challenges. The pandemic affected the entire world and it could not stop me from doing what I love.”

She trained individually for much of the year before return to her usual base in Ngong, where she is ticking off the weeks until she’s back on the big stage in Tokyo. Down the line, she plans to study sport management and do similar work to what her mentor, Loroupe, has achieved.

“Now that I got the chance to study, I have to give back to the community because you cannot run the whole of your life,” she says. “I can come back and give to the communities, especially the young refugees.”

Her goal in Tokyo?

“My hope is just to try my best, to improve on my time,” she says.

But her mission runs deeper, too, her story being one that illustrates the power of athletics to forge opportunities and foster a sense of unity among those from different backgrounds.

“Sport has the power to create hope among other nationalities and it also unites people,” she says. “Now we have 29 in the refugee team for Tokyo and we thank the president of IOC for allowing us the chance to participate. The 29 of us will give a message of hope to refugees.

“We are not going there to represent only ourselves, but the entire refugee community around the world. We need more people for 2024. All the refugees have talent and they have to be given that opportunity to participate, especially the young generations. We have opened the way for them.”