An impressive championship record by world 5000m silver medallist Senbere Teferi and a shock victory for newbie Anduamlak Belehu in the men’s 10,000m were the highlights of the Ethiopian Championships which ended on Sunday (21) at the Addis Ababa stadium.

In six days of competitive action, a number of championship records and notable performances were recorded, including a successful title defence in the men’s 5000m for Getaneh Molla and a close sprint victory in the women’s 10,000m for Dera Dida.

And the 22-year old, who finished second to Kenyan Hellen Obiri at the Shanghai leg of the IAAF Diamond League last week, confirmed her excellent early season form with a come-from-behind victory over double world junior cross-country champion Letesenbet Gidey, who was third in the fast race in the Chinese coastal city.

From the onset, this was a race made for the eventual front two with Teferi the favourite at the gun thanks to her experience. But 19-year-old Gidey was not to be outdone by her experienced rival in a tight contest.

Following a conservative start, the duo broke free from the chase pack with four laps to go and exchanged leads before Gidey took control at the bell. As she led the duo across the first bend, the crowd at the home stand stood up in anticipation for an unlikely surprise as Gidey threatened to increase her lead with 300 metres remaining.

However, she could not sustain her lead as Teferi overtook her younger compatriot with 150 metres to go and held on for victory in 15:12.16, a second ahead of Gidey with Netsanet Gudeta coming home in third to complete the podium places, albeit 14 seconds adrift. Teferi’s winning time also eclipsed Gelete Burka’s championship record from 2005 and was her first win of 2017.

The shock of the championships came on the opening day in the men’s 10,000m where the unheralded Belehu took a surprise victory over seasoned 5000m runner Mukhtar Edris in a close finish.

Hailing from little-known Sidame Coffee club, Belehu was in contention throughout the race and won a four-way horse race at the finish line ahead of Edris. World cross-country bronze medallist Abadi Hadush had initially clinched third, but lost his place to Moges Teamay following protests by club officials.

There were no surprises in the women’s corresponding event as Dera Dida, the defending women’s 5000m champion, moved up in distance to the 10,000m with a sprint victory over Etagegne Woldu.

An overall slow race came to life in the final two laps with Dida and Woldu making it a spectacle heading to the finish. Dida held on for victory in 33:58.41.

“I am very happy with the victory,” Dida told reporters after the win. “This year, I hope to qualify for London over the 10,000m and this victory really boosts my ambitions.”

If Dida’s was a hard fought victory, then Getaneh Molla’s win in the men’s 5000m was a jog in the park.

The African Games 5000m champion was in control of the race throughout the contest before stopping the clock at 13:42.38 after a 52-second last lap. Tilahun Haile won the battle for second place ahead of an out-of-sorts world U20 3000m record-holder Yenew Alamirew who were both well off Molla’s pace.

Elshadai Negash for the IAAF 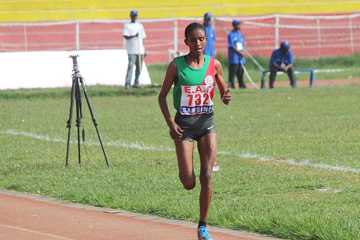 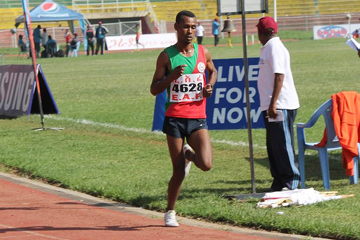 Molla, Sado and Hadise among the winners at E... The IAAF World Championships London 2017 has been named Sportcal’s Global Sports Event of the Year, the global sport market analysis firm announced today (17) at the SportAccord World Sport and Business Summit in Bangkok. As the sporting calendar draws to an end, an event impact study has demonstrated the huge benefits of London hosting the world’s biggest sporting event in 2017. At an IAAF World Championships London 2017 full of surprises, there were few bigger than the sight of Courtney Frerichs chasing home her American compatriot Emma Coburn and taking the silver medal in the women’s 3000m steeplechase.