Golden celebrations for Jepchirchir and Korir in New York

Never before had an athlete won both the Olympic marathon and the New York City Marathon but Jepchirchir made history by achieving both in the same year, clocking 2:22:39 after surging away from her compatriot Viola Cheptoo and Ethiopia’s Ababel Yeshaneh in the closing stages of the US race.

Korir, meanwhile, went one better than his runner-up finish in 2019, leaping over the finishing line to secure a clear victory in 2:08:22, 44 seconds ahead of Morocco’s Mohamed El Aaraby. Italy’s Eyob Faniel, who had broken away with El Aaraby earlier in the race, claimed third place.

In the women's race Jepchirchir had been to the fore of a 12-strong lead group that went through 10km in 35:02 and nine athletes remained together at the half way point, reached in 1:12:43.

By 27km the pace had picked up and the race was between Jepchirchir, Cheptoo, Yeshaneh and the USA’s Olympic bronze medallist Molly Seidel. As they reached the Bronx, Jepchirchir and Yeshaneh began to break away, but Cheptoo – making her marathon debut – wasn’t willing to be left behind. She closed the gap and the trio ran together until Jepchirchir kicked with 800m to go.

It was a move that couldn’t be covered and the 28-year-old stormed away untroubled, missing the course record by just eight seconds.

Cheptoo, a former middle distance specialist, was five seconds behind her and claimed the runner-up spot in 2:22:44, with her brother Bernard Lagat, the five-time Olympian, supporting her from the commentary box.

For Yeshaneh, the former world half marathon record-holder, her time of 2:22:52 gained her another major marathon podium place, two years after her runner-up finish at the Chicago Marathon.

“It was a great opportunity for me and it was my plan. My preparation was short, but I tried my best.”

Asked about her finishing kick, the two-time world half marathon champion said the way she won the second of those titles in Gdynia last year had given her confidence.

“That time, I accelerated, and I won my gold medal in Poland,” she said. “For sure, I knew myself and my finishing kick. When I am with people and I see the finish line, I just get some extra energy and I don’t know where it has come from, but I knew it would lead to victory.”

It was her third marathon win within 12 months, after Jepchirchir also claimed victory in Valencia last December, and given her experience she was even able to offer support to debutante Cheptoo during the race.

“She was encouraging me to keep pushing and end up in a good position,” Cheptoo explained.

Seidel achieved fourth place, improving her PB to 2:24:42 despite later revealing that she had broken two of her ribs in the lead up to the event, while Namibia’s world bronze medallist Helalia Johannes was fifth in 2:26:09 and the USA's Kellyn Taylor sixth in 2:26:10. Annie Frisbie was seventh on her marathon debut, finishing eight seconds behind her US compatriot.

While the women’s race ended in a sprint finish, the men’s event saw Korir chase down leading duo El Aaraby and Faniel to secure his success, as he went from being 52 seconds behind them at half way to 44 seconds ahead by the finish. 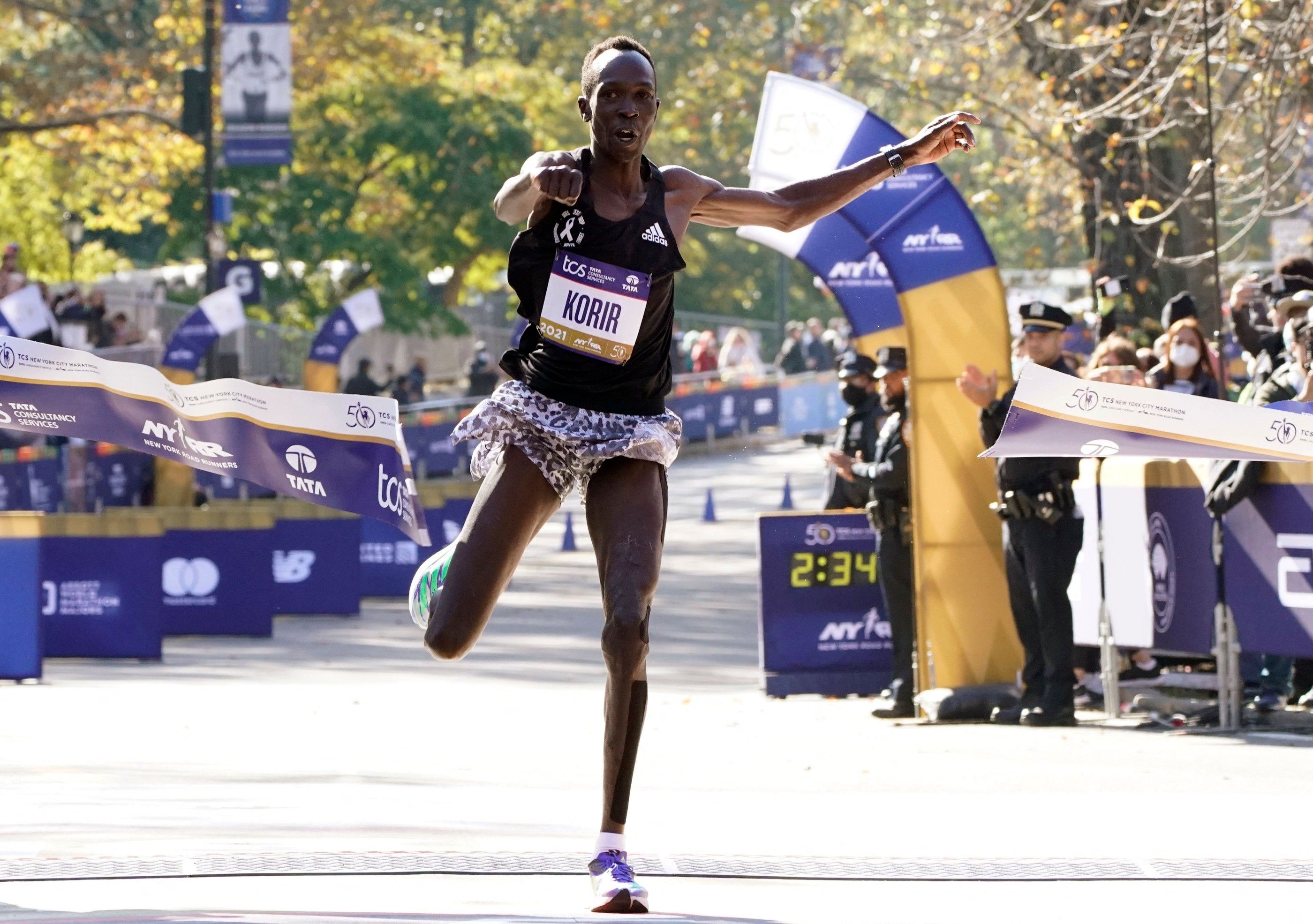 After the lead group had gone through 10km in 30:43, El Aaraby and Faniel started to create a gap on the rest of the field. By 15km they were 23 seconds ahead and their advantage only continued to grow, with the chase group at half way also including Ethiopian distance running great Kenenisa Bekele, Olympic silver medallist Abdi Nageeye of the Netherlands, Kenya’s world half marathon record-holder Kibiwott Kandie and the USA’s Elkanah Kibet.

But then Korir, Kandie and Kibet started to launch their attack, with Korir and Kandie – making his marathon debut – catching the leaders. They all passed 30km in 1:30:50 before Korir began to move away.

Leaving his rivals behind, the gap increased to 27 seconds over the next 10km and Korir celebrated as he reached the finish line in 2:08:22 for a dominant victory.

“I didn’t imagine that I would win today but it wasn't just a result of today, it began three months before, when I knew that I would be part of the New York City Marathon,” said Korir, a former winner of the Vienna, Houston and Ottawa marathons. “After all of my training, this is the result.”

While the race leaders were battling for the podium, a previous champion – the USA’s 2017 winner Shalane Flanagan – was looking to complete her own challenge in New York. Kipyogei and Kipruto triumph in Boston... 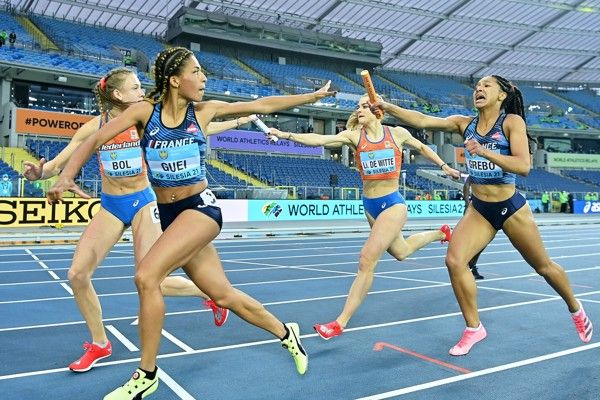