The New Normal: Life in the time of coronavirus - 4-8 May

Here we continue to share stories and updates about how the athletics world is adjusting to and coping with the spread of Covid-19.

If you're an athlete, race organiser or manager with a story to tell, please get in touch so we can share your story, too.

Chopra: 'I just hope I get some competition practice before the Olympics'

15:45 - 8 May
You would think that Indian javelin thrower Neeraj Chopra would be a little frustrated. On the comeback from elbow surgery this year, he started the season with a bang, throwing 87.86m in his first competition in 16 months, not far from the 88.06m national record he set in August 2018. Then the COVID-19 pandemic shut down much of the planet, putting most competitions since on hold and confining him to the National Institute of Sports in Patiala since March. 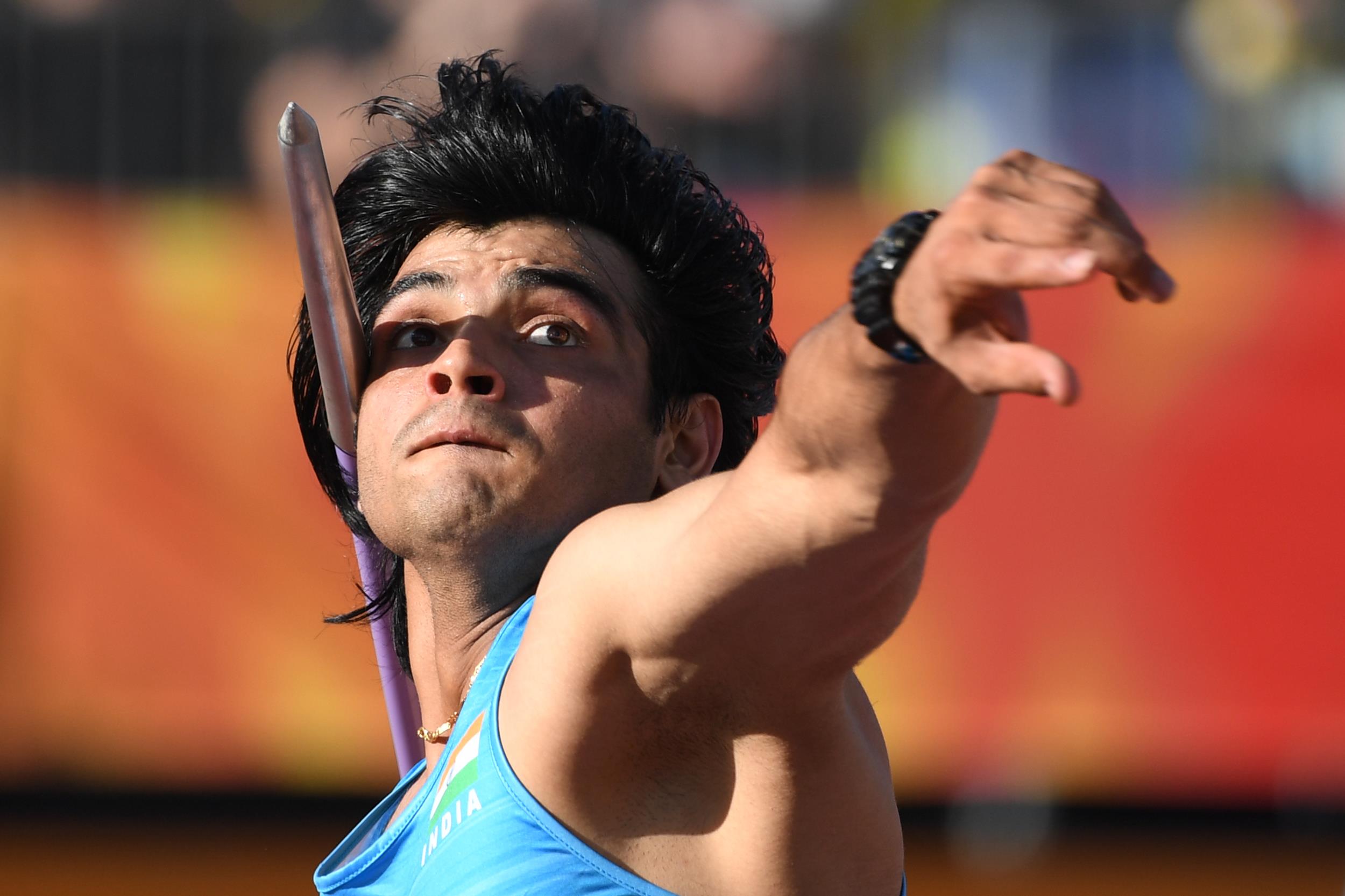 But in an interview with the Times of India, Chopra said he's not spending time thinking too much about a situation he can't control.

"Even if the Olympics happened this year, I was well prepared. But it's okay, I am positive about it even for next year. If we think right, we can take advantage of (the extra year)."

He, however, sounded a little worried about the possibility of the pandemic and its after-effects not allowing any athletics competition between now the Olympics next year.

"I just hope to get some competition practice before the Olympics, even two or three would do. But if you have to play the Olympics straight, it can be tough."

More from the 2016 world U20 champion on lockdown in India and his thoughts moving forward.

14:00 - 8 May
And for other discus throwers who, like Lukas Weisshaidinger, will train and compete at the Rudolf Tonn Stadium in Rannersdorf, Schwechat, Austria. While new and upgraded facilities are always welcome, this one is especially so as it's been laid to take advantage of the area's prevailing northwest winds.

"The northwest wind is not stronger than the southeast wind here, but 80 percent of the wind direction here is from the northwest, so we have more opportunities to throw when the wind is favorable," said coach Gregor Högler.

Along with a small team that included his father and coach, Weisshaidinger, the bronze medallist at the world championships last year, transported the ring to Rannersdorf and organised its installation. 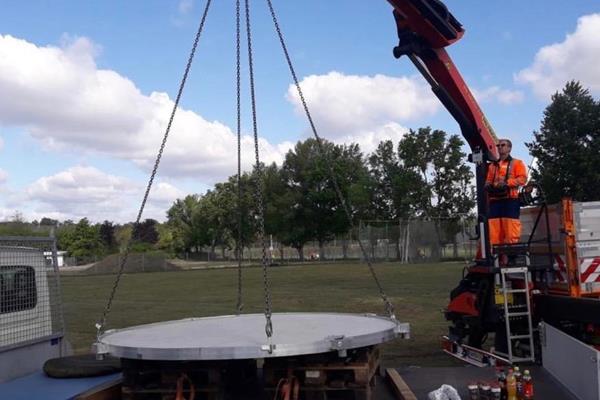 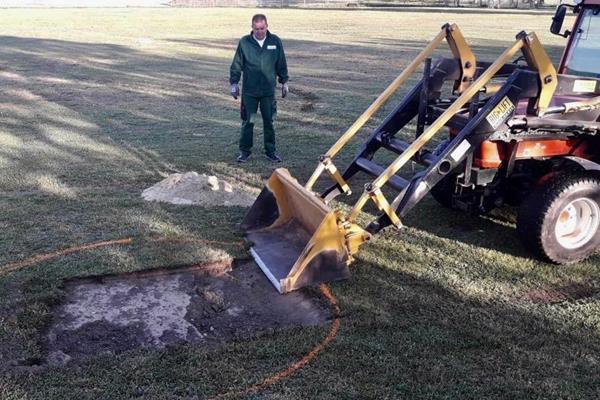 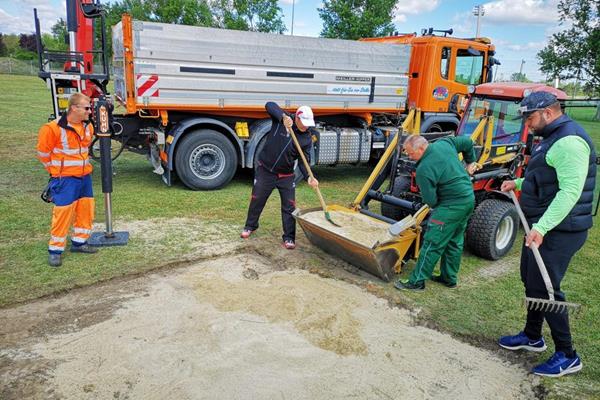 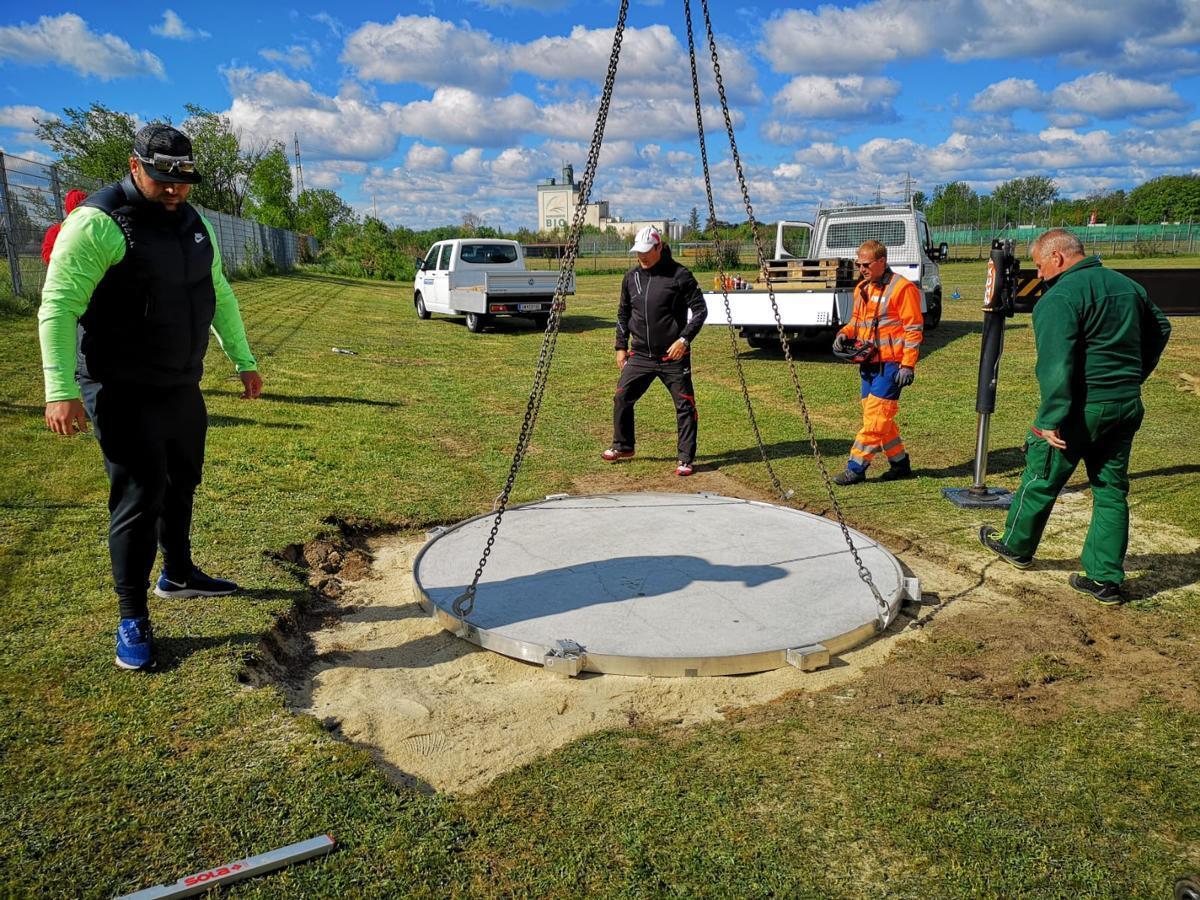 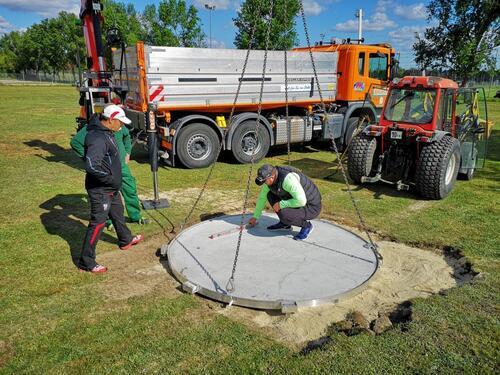 The ring will be tested in competition during a series of small meetings later this month.

/Report and photos from Olaf Brockmann/

11:30 - 8 May
With this amazing how-to that combines our favourite sport and favourite building blocks designed by high jump legend and Lego aficionado Stefan Holm.

Much more from the latest in our Athletics@Home series is here.

16:25 - 7 May
In an interview published yesterday in GQ's British edition Heroes issue, world 200m champion Dina Asher-Smith once again addressed the postponement of the 2020 Olympic Games. 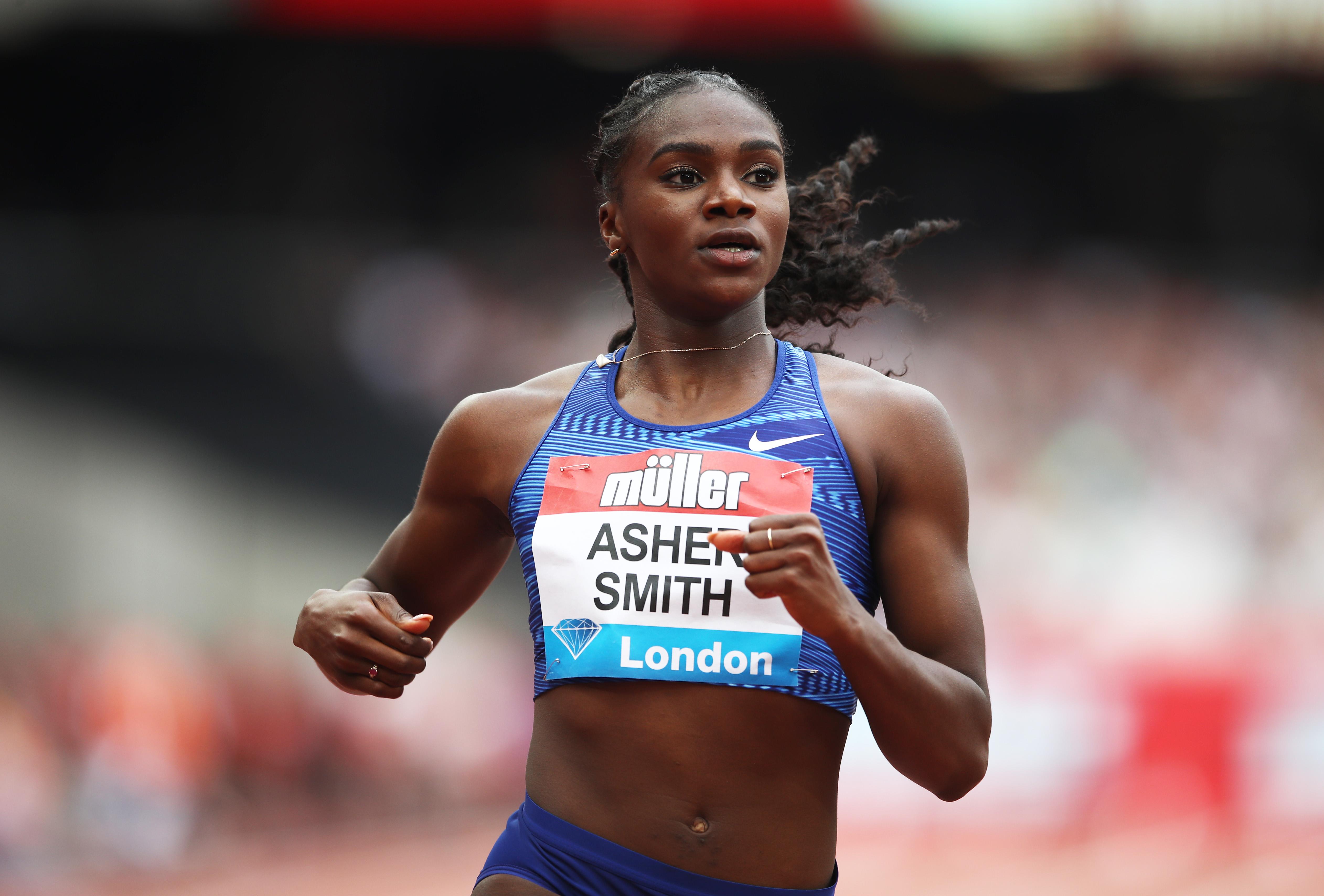 Health comes first – if it’s too much of a risk, then that’s it. It will affect everybody’s training cycles, because we all time ourselves to peak every fourth year, but I’m young, I’m probably more flexible than many, so it’s all right. I can do stuff at home; we have a Wattbike. Everybody’s in the same boat. It’s not like only one person has to wait a year. If we all had to run 110 metres tomorrow instead of 100, it might be annoying, but we’re still starting from the same place.

The rest of the interview is here.

Ta Lou: 'My life is more important than all this'

14:00 - 7 May
That's Marie Josée Ta Lou, the 2017 world double dash silver medallist, making it rather clear that she doesn't want any event organiser to rush athletes back into a competition. 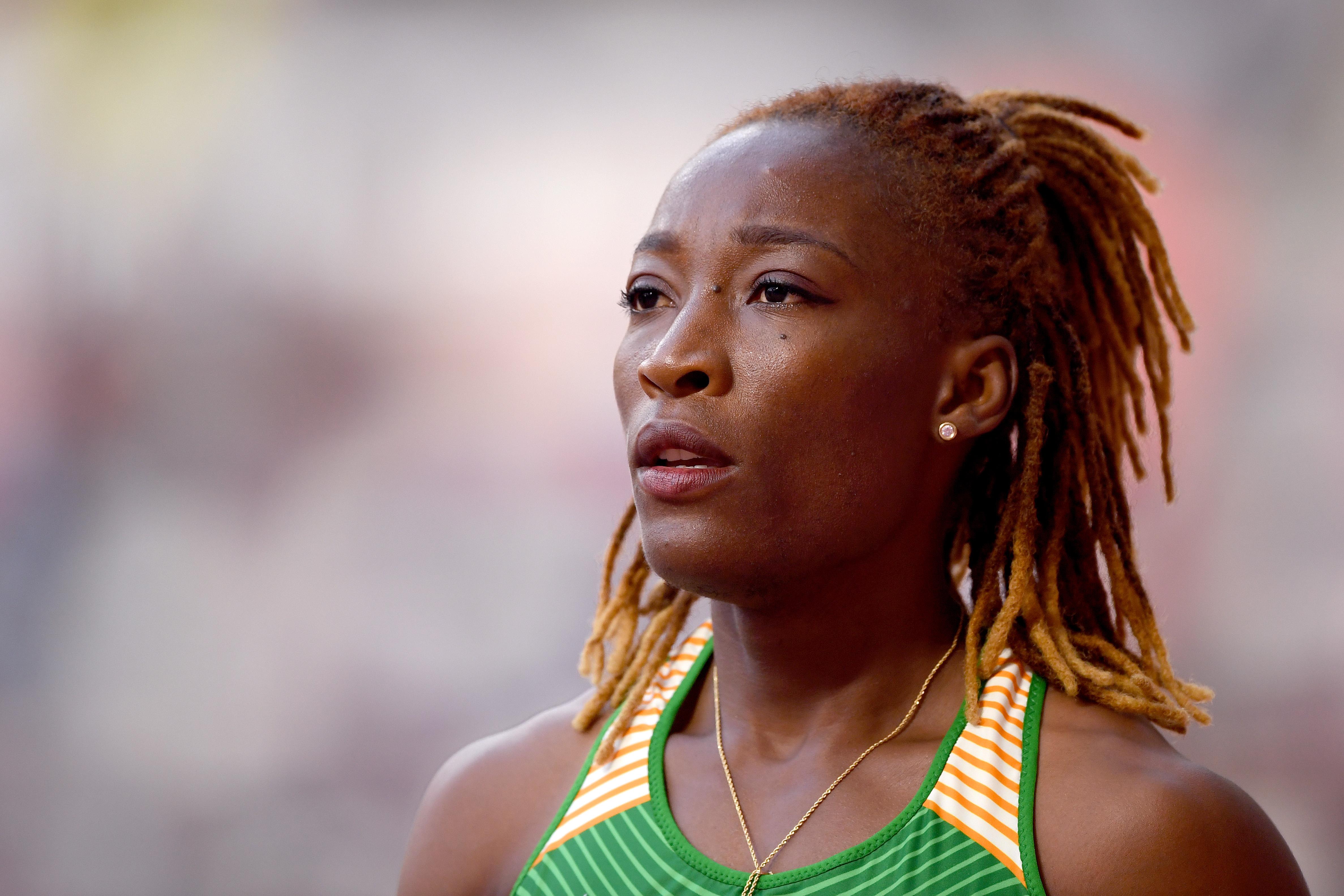 From a story on BBC Sport:

Ta Lou does not think athletics should be rushed back into action.

"As athletes, will we be mentally ready to travel everywhere?" she says.

"I don’t want to rush my way back to competitions because if I take any risk, it could be at the expense of my life. And my life is more important than all this."

Ta Lou says she will not travel at all until the situation is "settled".

For Nafi Thiam, lots of sporting positives to focus on

12:15 - 7 May
Including her wildly popular training videos on Instagram.

“I received a lot of messages on Instagram," Thiam, the Olympic heptathlon champion, told Olympic.org. "People wanted to see my workouts and were asking what I was doing to stay fit, so they could try it too.

“But I thought it was not going to be interesting for them to do what I am doing – it’s too specific for athletics – so I thought, ‘OK, I’ll just do something for them that is fun’.”

Hey guys! Home workout no 2 is here 💪🏽🏠 You know the drill already: - 6 exercises of 20 to 30 sec. - 10 sec rest between exercises. - 3 (or 5 if too easy) loops. - 1 min rest between loops. No equipment needed except a little bench or a chair. Enjoy! 🤗🚀 #homeworkout #exerciseathome #staystrong #stayactive #stayhealthy @olympics

She's also looking forward to the uniquely rare gift that this season has provided: a year of rest for her body.

“This year is probably going to be a ‘white year’, a training year. For the body, that’s good,” Thiam said. “Every year it has been European Championships, World Championships, Olympic Games… Every year you have 10 months to prepare for a big championship. The fact that now I don’t have to be thinking, ‘I have to be ready at that exact moment’ is a bit weird for motivation, but pressure-wise it may be a good thing, and I am going to have a long, long time to prepare for the biggest event.”

First they started out as a bit of banter between friends, then as lockdown continued in many countries, several competition organisers set up virtual challenges of their own. Now national federations are jumping on the trend.

Athletics Australia has set up a range of distances and are inviting runners from all over to log some miles to see how they compare with some of their country's top stars.

Racewalker - Rhydian Cowley's best time for a 1km walk is 3:32.14. ⁣⁣
⁣⁣
Event 1 (1km) of the Virtual Australian Challenge starts next Monday May 11.

Over in the USA, meanwhile, middle-distance runner Drew Hunter is doing a charity two-mile time trial:

The best an athlete can get

16:45 - 6 May
What's the best present you could give to an athlete who hasn't been able to train on a track for several weeks?

A piece of track, of course! Not just any old track, either - a strip of Mondo, official suppliers to World Athletics and makers of some of the fastest tracks in the world.

A handful of lucky Italian athletes have woken up to special deliveries from Mondo in recent weeks, including sprinter Ayomide Folorunso.

"Just like a child in a candy shop," she said. "Thank you very much Mondo for these five metres of pure bliss. I missed it so much, I literally had to feel the track with all my body: smelling it and rolling around on it. The feel on my skin and under my feet is just precious!"

A bit of the same thrill of training on an athletic track... Even at home! 😉 Thank to you Ayomide Forolunso! 😀 Repost from @ayo_temi #Swipe to feel the excitement Just like a child in a candy shop 😍 Thank you very much @mondo_sport for this 5 mt of pure bliss 🙏🏾 I missed it so much I literally had to #feel the track with all my body: smelling it and rolling around on it. The feel on my skin and under my feet is just precious! 💫 . . . 📸📽 credits: Mom💕

Competitions set to start for the Finnish

10:50 - 6 May
Following similar news last week from the Czech Republic, there will be a series of national-level competitions in Finland, held in a way that adheres to government guidelines.

No more than 50 people will be on the field at the same time. Fields will be much smaller than normal and field event athletes will keep their distance from other competitors and officials at all times.

One of the first competitions will be held in Lahti on 7 June, where national steeplechase champion Topi Raitanen is set to compete. The 2017 World University Games bronze medallist will contest the 3000m flat.

13:45 - 5 May
South American decathlon champion Georni Jaramillo headed to Spain four months ago for a training camp. He was due to return home on 2 April, but with international travel out of the question, the Venezuelan record-holder finds himself still 4500 miles away from home.

Jaramillo, who finished 19th in the decathlon at the World Athletics Championships last year, has been based at Emilio Hurtado University in the Spanish city of Leon but says he has been offered “all the support and help to make the situation more bearable.”

He hopes to be able to fly back home in the next two weeks so that he can continue to train in Venezuela, where there are fewer restrictions compared to Spain.

“There’s no similarity, because only around 300 cases have been confirmed (in Venezuela), with a dozen deaths, which has been a relief for a health system that has its problems.”

Wilson: 'Nothing beats a failure, but a try'

12:30 - 4 May
That was Bahamian high jumper Jamal Wilson's reply when he was asked about the likelihood that his 'open letter' to Prime Minister Hubert Minnis, requesting that the Thomas A. Robinson Stadium in Nassau be opened so elite athletes could resume training, would bear fruit. 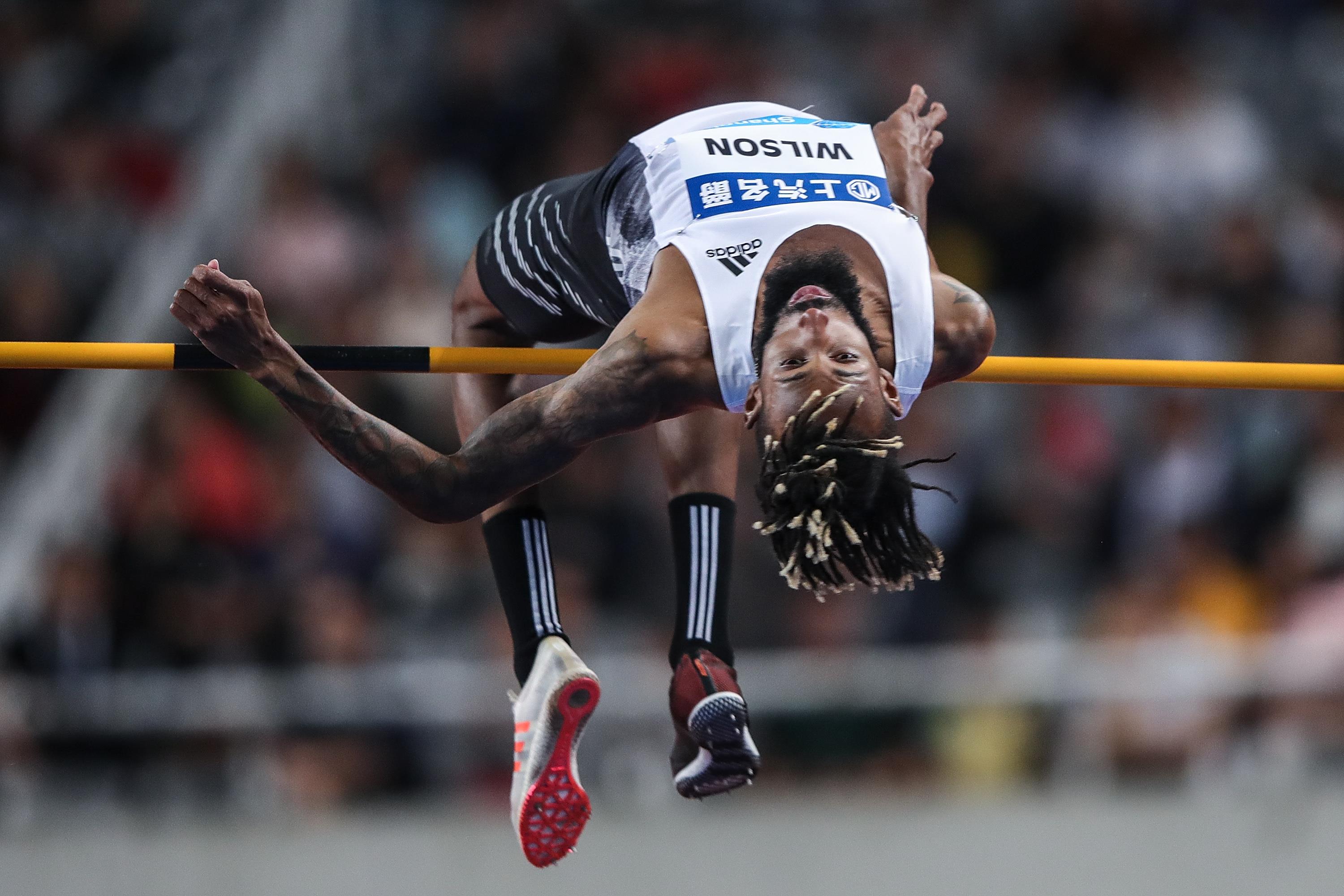 And apparently it did.

The request came via a 1 May story in The Tribune, the island's biggest newspaper.

“I just want to put out a request to the Honourable Hubert Minnis to allow us to work out again as athletes,” he said. “I know it takes manpower to open the doors at the stadium, but at least it would help the National Sports Authority to keep some of their employees working.

“We just need a couple of hours to come in and do what we have to do. So I humbly ask for us to be able to go into the stadium and do what we like to do, which is to work out and train.

“The season isn’t over yet. They only put everything on hold, but we still have a season to complete.”

11:30 - 4 May
We published a story this morning on how coaches have been adjusting to the lockdown realities around the world at the moment - one that was featured is Dale Stevenson, who coaches shot putter Tom Walsh among others.

Stevenson recently featured in this at-home shot put training video which includes several useful tips on how to train in the comfort of your own garage.

Does anyone need a Monday morning pick-me-up?