A total of 17 races at 11 events across eight countries feature in the Valsir Mountain Running World Cup in 2023, as exciting new locations and returning favourites star in a stellar programme of racing from June to October.

As well as collaborating with some of the best mountain races in the world, the World Mountain Running Association’s continued partnership with Valsir has allowed a number of upgrades to the World Cup for the coming season. There will be WADA-accredited anti-doping at all Gold Label races, while further commitments to athlete opportunities have been made, with an increase in travel support and another increase in the overall prize fund. Valsir World Cup champions will take home €5000 in 2023.

The calendar kicks off in June, just a week on from the World Mountain and Trail Running Championships in Austria, as the World Cup heads back to Tahoe, California, for the Broken Arrow Skyrace. There will be two Gold Label races in three days; the vertical kilometre raising the curtain on Friday 16, before the classic 23km on Sunday 18.

Sunday 2 July sees the series touch down in Castro-Daire, Portugal, for the third edition of the Montemuro Vertical Run, last year's season opener. Joyce Njeru and Patrick Kipngeno signalled their intent with convincing wins there in 2022, will they feature again next year?

Malonno comes next, for the Piz Tri Vertical and Fletta Trail on 15-16 July, and then it's La Montee du Nid d'Aigle for the 20km 1850m-plus classic from Saint Gervais to Refuge du Nid d'Aigle on 22 July.

Two weeks later is the first of the three Silver Label races in 2023, the Krkonossky Half Marathon in the Czech Republic on 6 August. Then, on Sunday 13 August, it's time for Sierre-Zinal. These Swiss mountain trails are mountain running's colosseum, where the sport's most dramatic stories are written over 31km beneath the most iconic peaks of the Alps.

The first weekend of September sees the World Cup arrive in Casto, Italy, the home of Valsir, for the Vertical and Trofeo Nasego, and just five days later it's the first of two Gold Label races in Canfranc, Spain. The 4.4km vertical race on 8 September kicks off a weekend-long festival of mountain running in the heart of the Aragon Pyrenees, which concludes with a 15.9km classic.

The next two Silver Label classic races follow, first in Trentino in the iconic landscapes of the Dolomites for Primiero Dolomiti Trail's first World Cup appearance on 30 September, before the Smarna gora Race, a favourite of athletes and fans alike and a World Cup fixture for decades, on 7 October.

Then all that remains is the Final. From 13-15 October, Sky Gran Canaria serves up three Gold Label races across three days, one uphill, one classic and one long. It's the first time this multi-race format will feature at the Valsir World Cup Final as the season builds to a climax. The coastal town of Agaete will play host to the best athletes that mountain running has to offer as they battle to cement their place in the standings.

BACK
Pages related to this articleDisciplines
Mountain Running 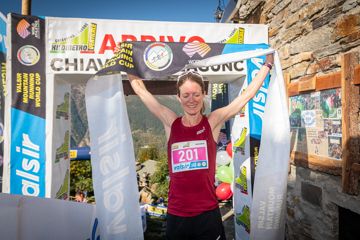 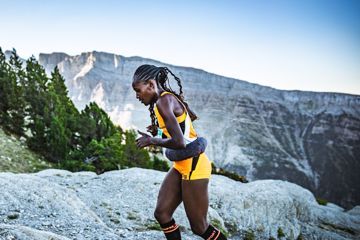