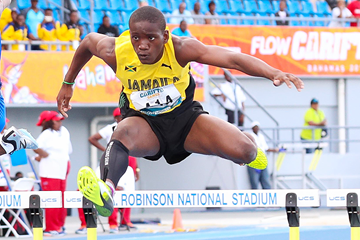 While attending the 48th edition of the CARIFTA Games in the Cayman Islands (20-22 April), IAAF President Sebastian Coe confirmed the latest recipients of the IAAF World Athletics Heritage Plaque.

“I am delighted to announce the award of the IAAF World Athletics Heritage Plaque to two internationally famous youth and junior competitions in the NACAC area,” confirmed Seb Coe. “They are the Inter-Secondary Schools Boys and Girls Championships, Jamaica and the CARIFTA Games.”

“Many congratulations to the Jamaican Schools and CARIFTA Games, your historic contribution to the development of athletics is unquestionable,” concluded Coe.

Known affectionately as ‘Champs’, the Jamaican high school championships were founded in 1910. The annual competition has provided a production line of athletics talent from Arthur Wint and Herb McKenley to Donald Quarrie and Merlene Ottey and of course Usain Bolt.

The recipient will be the organisers, Jamaica’s Inter-Secondary Schools Sports Association.

The second competition which will receive the recognition of a plaque is the CARIFTA Games. Founded in 1972, the games were inaugurated by Austin Sealy, then president of the Amateur Athletic Association of Barbados.

Like ‘Champs’ in Jamaica, CARIFTA has become a conveyor belt of talent for the entire Caribbean region. It was from CARIFTA that ‘Lightning Bolt’ first emerged on the international stage. More recently global champions Kirani James and Shaunae Miller-Uibo have become the latest in the long line of champions produced.

The recipient will be the IAAF area association, NACAC.