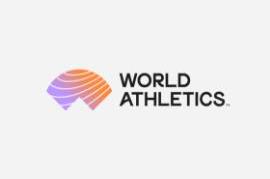 As part of the IAAF’s continued programme of governance reforms, it has enlisted four independent members of the new IAAF Nominations Panel.

Gordon Orlikow, Vijay Makhan, Chantal Brunner and Catherine Thyra Forde will be joined on the panel by the IAAF President (or the Senior Vice-President or another Council Member, as decided by the President). Rob Clarke has been appointed as an independent secretariat to assist the panel.

The Nominations Panel was established by the IAAF to assist in the appointment of people to various bodies within the federation. The role of the panel is to identify the skills, expertise and experience which may be necessary for the positions on the relevant bodies.

Orlikow, the convenor of the panel, has significant experience in both appointment processes and the sport of athletics. The Canadian former decathlete works for Korn Ferry as a specialist executive level recruitment expert. He has also been Chair of a Nomination Committee for the Canadian Olympic Committee and was Chair of Athletics Canada’s Board of Directors up until 2017.

Makhan is a former senior diplomat and ambassador of Mauritius, holding various posts around the world including Cairo, London, Paris and Brussels. In addition to his strengths in diplomacy, politics and economic development, he has appointed many employees and restructured teams and departments he has led throughout his career.

Brunner is a lawyer and former international long jumper. She reached the 1996 Olympic final and holds the still-standing New Zealand record of 6.68m. As well as being General Legal Counsel for Les Mills International, she also has experience in appointing people in sport, including in her role as Chair of the Athletes Commission of the New Zealand Olympic Committee. She is also a member of the Sports Tribunal of New Zealand.

Thyra Forde is a senior leader and educator, particularly in sport development in the Caribbean. She has held leadership positions including Vice President of the Trinidad & Tobago Olympic Committee. She had been involved in a number of appointments in her various jobs and trains national federations on recruitment and appointment procedures.

Clarke, from Great Britain, is a professional human resources specialist with extensive experience in recruiting and appointing people from governance level to employees in sport, especially multi-sport games. He has worked with all cultures and understands how sport works internationally.

The new Nominations Panel has already commenced its work. Its term of appointment will end just after the next IAAF Election Congress in August 2023.