Sean Burrell broke the world U20 400m hurdles record on Friday (11), clocking 47.85* on the third day of NCAA Championships action in Eugene, Oregon.

The 19-year-old, who only started racing the 400m hurdles this year, took a second off his previous best to improve the 48.02 world U20 mark which had been set by Danny Harris in 1984.

Running in lane eight, LSU freshman Burrell had a slight lead off the final bend but powering over the final two barriers he quickly left his rivals behind to cruise over the finish line well clear, roaring with delight when he saw his time on the Hayward Field clock.

Six of the top seven athletes all ran PBs, with Isaiah Levingston coming through for second place in 48.49 and Cameron Samuel finishing third in 48.68.

Also in Eugene on Friday, on a day which featured finals in the men’s events, North Carolina A&T’s Randolph Ross ran the fastest 400m in the world so far this year, improving his PB from 44.60 to 43.85.

Behind Ross, whose time was the third-quickest in US collegiate history and the first sub-44 second performance of 2021, Bryce Deadmon finished second in a PB of 44.44 and Noah Williams third in 44.93.

Ross, who is coached by his Olympian father Duane, now sits behind only Michael Norman and Fred Kerley on the NCAA all-time list. Impressive finishing speed in the 200m saw University of Florida freshman Joseph Fahnbulleh move from fourth to first in the final 50 metres, passing Terrance Laird and Shaun Maswanganyi in the lanes either side of him and dipping to claim victory in a PB of 19.91 (-0.4m/s). Laird held on for second in 19.94, one place ahead of Maswanganyi with 20.10.

This time he cleared 2.33m on his first attempt to win by 10 centimetres before taking three attempts at 2.39m.

BACK
Pages related to this articleAthletes
Sean Burrell 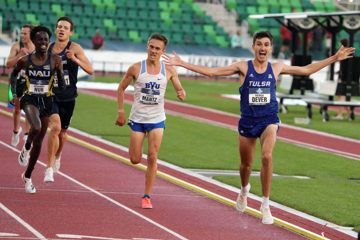 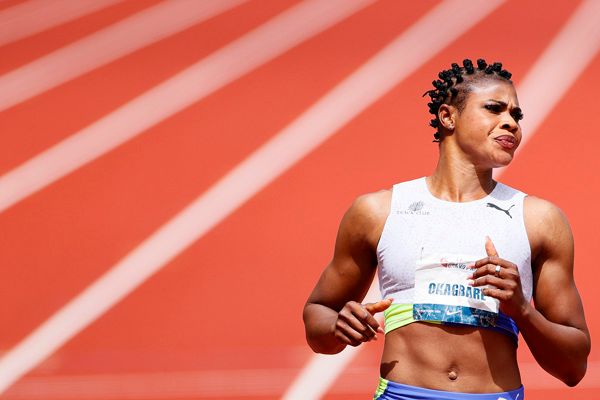