Three victories on the concluding day of the World Athletics Championships Doha 2019 – from 100m hurdler Nia Ali and the men’s and women’s 4x400m teams - bolstered the United States’ position at the top of the medal table, taking their count to 14 golds and 29 medals in total.

A 1500m performance of faultless determination by Timothy Cheruiyot confirmed Kenya in second position overall with five golds and 11 medals in all, with Jamaica finishing third with three golds and 12 medals, one place ahead of China, who collected three titles and nine medals in all.

Germany were lifted to seventh place with what was arguably the finest individual performance of day 10 as Malaika Mihambo produced the best women’s long jump of the year, and the 12th best ever – 7.30m.

She thus added world gold to the European gold she had earned on the home ground of Berlin the previous year.

Maryna Bekh-Romanchuk of Ukraine took silver medal, edging ahead of early leader Ese Brume of with a fifth round jump of 6.92, with the Nigerian taking bronze thanks to her second round effort of 6.91.

Mihambo had skirted trouble after a first round mark of 6.52 and a foul left her needing something considerably better in round three if she was to make the cut of the top eight jumpers earning another three rounds.

She appeared to have landed in the territory beyond seven metres on her red flag attempt. Round three saw a repeat performance – and a white flag might as well have been raised on behalf of the rest of the field.

Her titanic effort added 14cm to the distance with which she led the 2019 world lists coming into these Championships.

Cheruiyot led from gun to tape here tonight to add a world 1500m gold to the silver he collected two years ago, finishing fully two seconds clear of an eye-wateringly good field to clock 3:29.26, half a second off his 2019 world-leading mark.

Silver went to Algeria’s London 2012 champion Taoufik Makhloufi in 3:31.38 and bronze to European indoor champion Marcin Lewandowski in a Polish record of 3:31.46.

For Norway’s 19-year-old European 1500 and 5000m champion, who had finished fifth in the longer race on day four, finished a frustrated and perplexed fourth in 3:31.70.

Like Cheruiyot, Joshua Cheptegei followed up London 2017 silver with Doha 2019 gold at the end of a towering 10,000m contest. The 23-year-old Ugandan, who won the Commonwealth Games title last year and became IAAF World Cross Country Championships earlier this year in Aarhus, crossed the line in a personal best of 26:48.36.

Joshua Cheptegei after taking the 10,000m title at the IAAF World Championships DOHA 2019

It was the second best time in World Championship history, just shy of the 26:46.31 set by Kenenisa Bekele of Ethiopia in Berlin 10 years ago.

Silver went to Ethiopia’s Yomif Kejelcha in a personal best of 26:49.34, with Kenya’s world U20 champion Rhonex Kipruto being rewarded for his long-time leading of the race with bronze in 26:50.32, with Mohammed Ahmed running a Canadian record of 26:59.35 in sixth place.

Cheptegei, IAAF Diamond League 5000m champion this season, had also put in the work for his gold, alternating the lead with Kipruto. Kejelcha, who broke the world indoor mile record earlier this year, bided his time before making his big move in the last lap, running shoulder-to-shoulder with Cheptegui before dropping back halfway down the finishing straight.

Grenada, which had welcomed back an old champion here in London 2012 gold medallist Kirani James, who finished fifth in the men’s 400m final, greeted a new one tonight as the relatively unheralded Anderson Peters won the men’s javelin.

The 21-year-old Commonwealth Games bronze medallist took a first round lead with 86.69m and was never headed, extending his lead with a fourth round effort of 86.89.

Silver went to one of the pre-event favourites, Magnus Kirt, thanks to a second round mark of 86.21, although the Estonian left-hander made an unhappy exit from the arena in a medical cart having injured his left shoulder as he landed in a heap after his fifth throw.

Germany’s defending champion Johannes Vetter had to settle for bronze on this occasion with a best of 85.37.

Happily Kirt was fit enough to receive his medal with his arm in a sling.

Nia Ali, the Rio 2016 silver medallist, led a United States one-two in the women’s 100m hurdles after drawing away from the two favourites, Jamaica’s Danielle Williams and fellow American Kendra Harrison, in the second half of the race.

Ali finished in a personal best of 12.34, the equal ninth-best of all time, with Harrison, who set the world record of 12.20 three years ago, taking silver – the best outdoor Championship achievement of her career so far – in 12.46.

In the final women’s event of these Championships, the United States won 4x400m gold in 3:18.92, thereby adding another world gold to the record total collected by Allyson Felix.

Although Felix - who moved one clear of the record of 11 she held jointly with Usain Bolt as a member of the quartet that set a mixed 4x400m relay world record on day three – did not run tonight she was eligible for another gold having run in the heats. So 13 golds she now has…

The 2017 individual champion Phyllis Francis ran strongly to set up 20-year-old 400m hurdles phenomenon Sydney McLaughlin, who handed over to the woman who had to run another world record to beat her in the individual final, Dalilah Muhammad, before the baton was brought home with 10 metres to spare by Wadeline Jonathas.

There were soon shrieks of disbelief from the silver medallist Polish runners as they saw the national record time of 3:21.89 on the scoreboard after European champion Justyna Swiety-Ersetic had regained her lead over Jamaica’s individual bronze medallist Shericka Jackson 50m from home.

In the concluding event, the men’s 4x400m title went to the United States as anchor leg runner Rai Benjamin brought the baton home in 2:56.69, the fastest time run this season, with Jamaica taking silver in 2:57.90.

Kevin Borlee held off the challenge of individual silver medallist Anthony Zambrano to secure bronze for Belgium in 2:58.78, with Colombia finishing fourth in a national record of 2:59.50.

Mike Rowbottom for the IAAF

BACK
Pages related to this articleCompetitions
World Athletics Championships 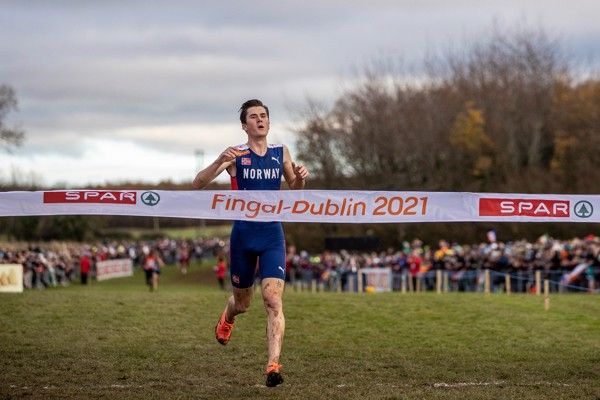