After injuries and quarantine, Casetta once again inspired to push for Olympic qualification

Successful and versatile throughout her youth, Argentina’s Belén Casetta pushed her own limits and found extraordinary inspiration at the 2017 World Championships.

Then, in the heats of the 3000m steeplechase at London’s Olympic Stadium, the Mar del Plata-born Casetta improved her personal best to 9:35.78 and became the second Argentine runner to reach a World Championships final. Argentina’s only other World Championships finalist in a track event was Antonio Silio, who finished eighth in the men’s 10,000m in Stuttgart in 1993.

In the final in London, Casetta was even more inspired. After cutting her personal best by seven seconds to reach it, she improved further, to 9:25.99, to finish 11th.

After that decisive moment, all kinds of obstacles seem to be at her path. But her no-quitting attitude has always prevailed, even during these challenging times when the Covid-19 pandemic has put her up to an even bigger test.

“I started 2018 very well, but after that I had an awful series of injuries (fibula, femur, two problems at the L2 vertebrae, stress fracture at the second metatarsal, tear of the femoral biceps),” explains Casetta from her training base in Tafí del Valle in the province of Tucumán. “I was able to return to form late in 2018.”

In 2019, after her latest injury, Casetta started the year quietly, with a silver medal at the South American Championships (10:04.54). Later she was second at the World University Games in Napoli and third at the Pan-American Games. Her season ended with a best performance of 9:40.05 (at Naimette-Xhovémont) and a ninth-place finish in the heats of the World Championships in Doha, this time unable to advance to the final.

After what she had been through in 2018, though, Casetta was happy to complete a full season and to be operating near her best as she started to turn her attention towards the Olympic year in a bid to qualify for her second Games.

As part of her preparations for 2020, Casetta and her coach, Leonard Malgor, headed to Iten in Kenya in February this year for a training stint. They planned on staying there until the end of March before returning to Argentina to take part in the South American Grand Prix.

“I was training among the best long and middle-distance runners in the world,” she says. “It was a wonderful experience. When we left Argentina, nobody was taking about Covid, but we started to follow the news with concern. By mid-March things had become very complicated and borders were closing. My coach was already in Argentina and I was alone in Kenya.

“One day, the sports authorities in my country told me that I had to return immediately. So, I packed and went by car to Eldoret the next day. Then I flew to Nairobi. The airport was a total chaos. Most people were desperate; many flights were cancelled, and many knew they would be trapped in Nairobi. I was at the airport for 10 hours.”

Casetta finally managed to leave Kenya and head back home, but it was far from easy. She first had to fly from Kenya to Ethiopia, but then her flight from Addis Ababa to Argentina only ended up going as far as São Paulo because it wasn’t allowed to land in Argentina. She spent five days at a hotel in São Paulo, but then two planes filled with Brazilians, who were returning from Argentina, arrived and Casetta was able to fly home. “The people from the Argentine Sports agency helped me throughout the whole process, thankfully,” she says.

“Finally, I had to coordinate the pick-up with my brother, who had to request a special permission to drive from Mar del Plata to Buenos Aires (400km) and bring me back home. At the end of that journey, after disinfecting clothes and luggage, and once we got home, we both had to take a 14-day quarantine at an apartment in total isolation.”

The effects of lockdown

Lockdown in Argentina was very strict, which made life difficult for Casetta, who, naturally as a world-class athlete, is a very active person.

“I was getting really desperate because as the days were passing, I felt I was losing all form I had gained while in Kenya,” she says. “Then, once I started to train, adapting to the circumstances of the small apartment, I started to lose motivation too, because I was getting bored of doing the same routines. I was finally able to run at home once a gym lent me a treadmill, but the machine broke down after two weeks.

“Once I couldn’t run anymore, I had to go back to jumping the rope and doing circuit training, which is far from ideal for me,” she adds. “I was almost going crazy.”

Trip to the north of Argentina

In June the Argentine sports authorities granted special permission to athletes who were qualified or had a realistic chance of qualifying for the Olympic Games to resume training outdoors. Looking for a breakthrough, Casetta started to move. She requested permission to travel to Cachi, province of Salta, but its mayor decided that nobody from the outside could enter the city limits.

“Because of that veto, my coach got in contact with a foundation called ‘Misión Deportiva’ and they helped us with all the arrangements to come to Tafí del Valle,” says Casetta. “We are training in excellent conditions, at 2000m of elevation. I will remain here until things get better, in Buenos Aires or in Mar del Plata. Unfortunately, this is the worst moment of the pandemic in either place.”

But Casetta has managed to find some positives in these difficult circumstances.

“Thankfully my family has always been by my side to support me,” she says. “The positive side of all this is that I have been able to share most of my time with them. As I am always away, training or competing, this confinement gave me the opportunity to spend more moments with my loved ones.

“Initially I saw the postponement of the Olympic Games as something positive, since I was recovering from an injury and trying to find my best shape. But as the days went by and I saw that my fellow competitors were training and I wasn’t, I started to get desperate again. Now that I have started to run, I see that I don’t have that much time to waste; I have to qualify and get ready for Tokyo.”

BACK
Pages related to this articleAthletes
Belén CASETTA Athletes rely on resourcefulness as coronavir... 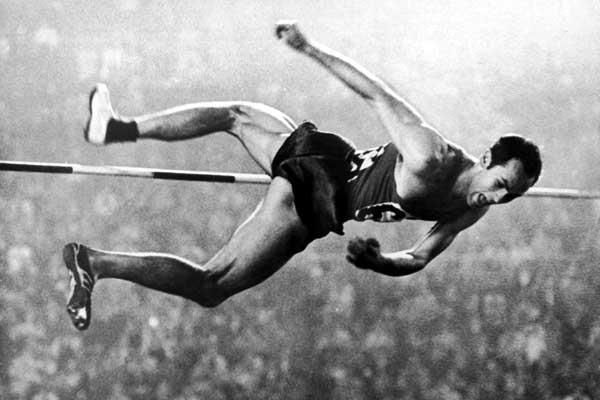